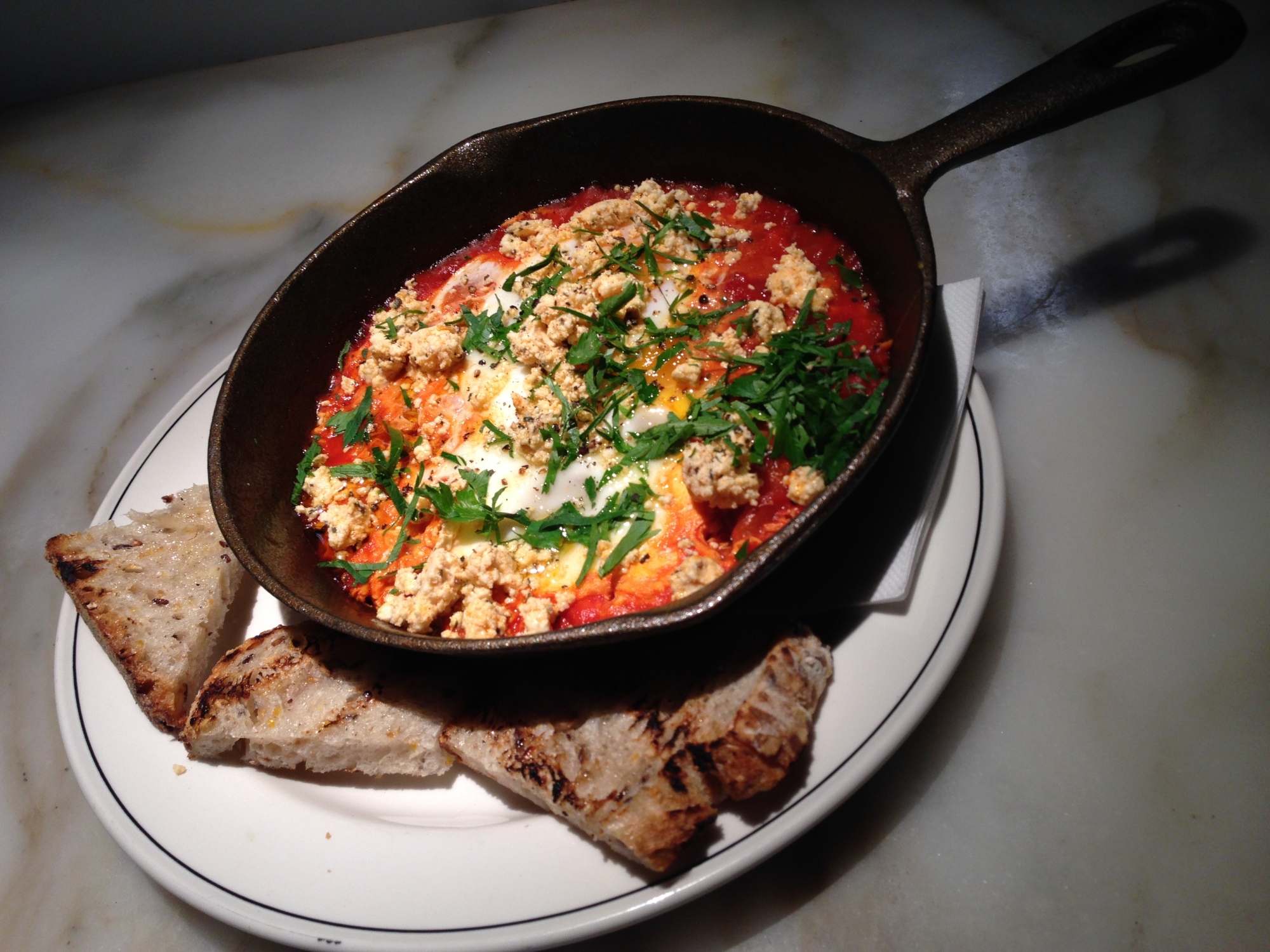 a friend of mine (onehalfpenny) recently went to cumulus inc. for her birthday brunch and came back raving. so, having food envy (which happens often!), last saturday i dragged my husband in the freezing cold rainy morning across town to check it out. i was a bit worried, seeing the crowd at the door (but then again, what’s new in melbourne for good food?!), mostly because it was quite late (11.10am) and i was STARVING! anyway, we popped our names on the list with the super-friendly maître d’ and were told the wait would only be 10 or 15 minutes. my grumbling tummy was thankful. sure enough we were soon seated at the bar and promptly asked to order. turns out, breakfast ends at 11.30am and we were pretty much the last order … just made it – phew!

the restaurant has a fantastic feel with huge warehouse windows looking out onto flinders lane. the decor is great – huge vases, fresh flowers and a mix of short and tall tables as well as plenty of bar seats. most enjoyable was our view into the kitchen and pass. it had obviously been a hectic morning but the staff were coping well, mostly keeping a smile on their faces (along with plenty of burns on their hands by the looks of it) and churning out a stack of consistent and very pretty looking dishes.

if there’s ever baked eggs on a menu … i’m sold. turns out shakshouka means “a mixture” in arabic slang. also known in arabic and hebrew as a “dish of eggs poached in a sauce of tomatoes, chili peppers, and onions, often spiced with cumin. it is believed to have a tunisian origin.” also a newbie to me, shanklish … is a popular lebanese meze dish made of cow or sheep’s milk that is spiced and then aged and dried. whatever the origin – it was amazing! i would have this again in a heartbeat.

my husband ordered the granola and i’ll admit to stealing a few mouthfuls. it was delicious. the right level of crunch mixed with a fantastic honey yoghurt and a rhubarb compote. as far as granola’s go – this is up there.

finally, under the recommendation of countless urbanspoon reviews, we finished the morning off with a couple of freshly baked madeleine’s. we even watched the chef pop these into the moulds and the oven. fresh, warm and oh so spongy, these were delicious!

verdict: as good as the rumours
find: http://www.cumulusinc.com.au